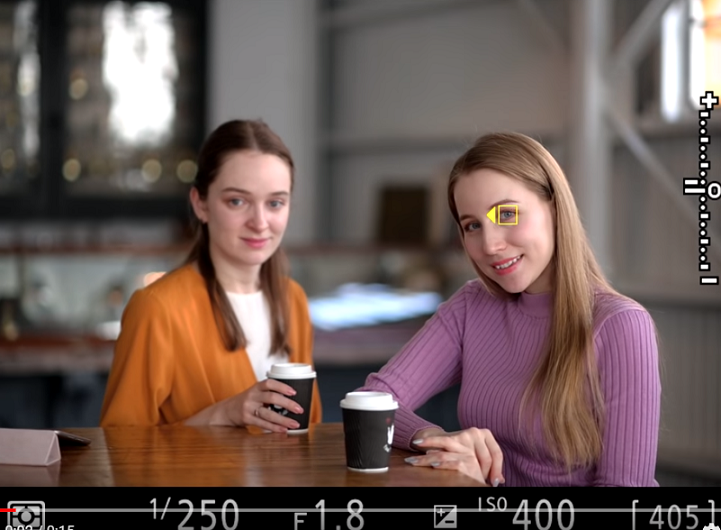 Nikon has announced that the new firmware for Nikon Z6 and Z7 will be available on May 16th, 2019. This exciting update includes Eye-Detection AF and advancements for several other functions. The new upcoming firmware will not only include Eye-Detection AF, but better autofocus performance in low light conditions, RAW video output, and the support for CFexpress memory cards.

he new firmware update with the upcoming price drop will make the Nikon Z products a very useful mirrorless solution.

You might familiar with Eye AF which is found on Sony mirrorless cameras, including the a7 III and a7R III against which the Z6 and Z7 compete Details of the new firmware can be found below.

2. Increased AF/AE performance (scheduled for release in May 2019)AE (auto exposure) tracking will be newly possible in continuous high-speed (extended) mode, in addition to the AF tracking that existed previously. In addition, low-light AF performance will be improved, enabling faster autofocusing in dark or dimly lit surroundings with both still-image shooting and movie recording.

3. Support for RAW video outputOutput of 4K UHD and Full HD RAW data stream from the camera will be supported. The output RAW data stream can then be recorded in the compatible RAW format using an external recorder. This will allow users to utilize rich 12-bit colors to achieve flexible color grading.

Release timing for this feature will be announced at a later date.

4. Support for CFexpress memory cardsThe new firmware will provide support for CFexpress, a new standard for memory cards. Having passed durability tests in which they were inserted and removed from a camera 12,000 times, these memory cards offer users a greater sense of security. They also offer high-speed performance that will provide users with a more efficient workflow. After upgrading, users will be able to use both CFexpress as well as XQD cards in their camera interchangeably. In addition to the Z 7 and Z 6, in the future, CFexpress memory card support will be added to the Nikon D5 (XQD-Type), Nikon D850, and Nikon D500 digital SLR cameras as well.

Join the Nikon Camera Users Group to share your Nikon photography, ask and answer questions that arise and help each others!
All Latest News All Rumors