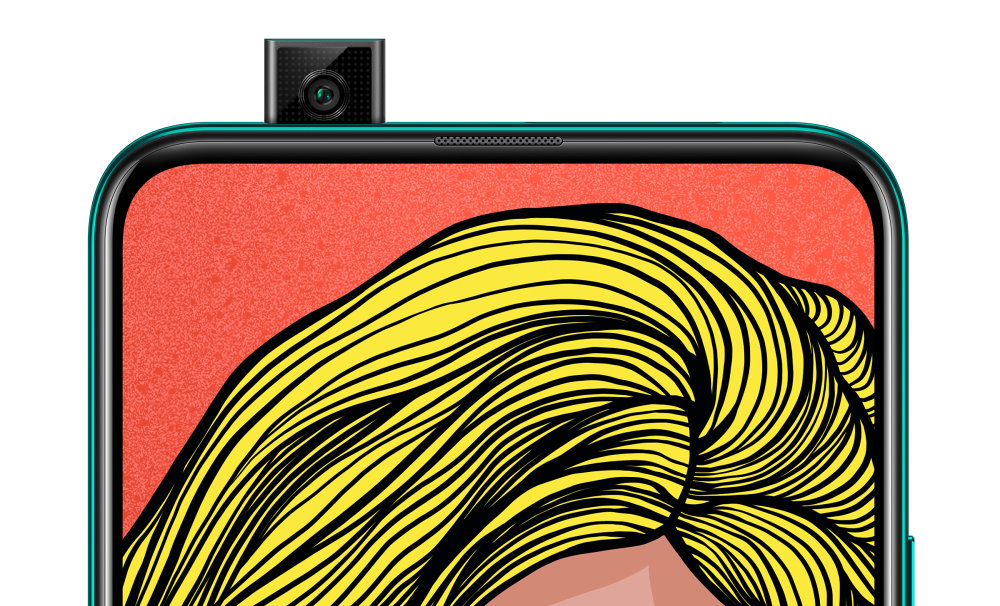 Huawei has announced a new smartphone featuring a pop-up camera and bezel-less Full HD display. The release follows hot on the heels of the P30 Lite, a more affordable option in the flagship P30 series, which was released in April. The Huawei P Smart Z 2019 offers a 16-megapixel camera on the rear with a 2-megapixel depth sensor and a 16-megapixel pop-up camera for the front, which automatically emerges when selfie mode is activated.

The front camera also features enhanced AI backlight imagery technology, an AI natural facial beautification algorithm, and 3D portrait lighting effects, which can be calibrated according to the setting and user characteristics, providing the subtlety of professional studio lighting.

The 2MP sensor coordinates with the primary camera to generate a lifelike depth of field in the photo, enabling SLR-quality images, whilst tools such as Night Mode and 480 FPS super slow-motion videos, bring a range of professional photography features to this affordable device.

The Huawei P Smart Z 2019 is equipped with the 12nm process Kirin 710F chipset, with eight-core architecture, for high performance and maximum power efficiency. Compared with the previous-generation chipset, single-thread CPU performance is 75% higher, multi-thread performance is 68% higher and GPU energy efficiency is doubled. As a result, the smartphone’s overall performance is 30 percent higher, while energy consumption is actually 30 percent lower.

The 4,000 mAh large-capacity battery, often found in flagship devices, works seamlessly with the Kirin 710F chipset to provide optimal power efficiency, worthy of a smartphone with diverse, and power-intensive features. Plus, the EMUI 9 operating system features cutting-edge F2FS 2.0 and EROFS technologies which increase available space, to keep the device running for an extended period of time without the slightest lag.

Available in green and black, the Huawei P Smart Z 2019 will be available from June for £279.