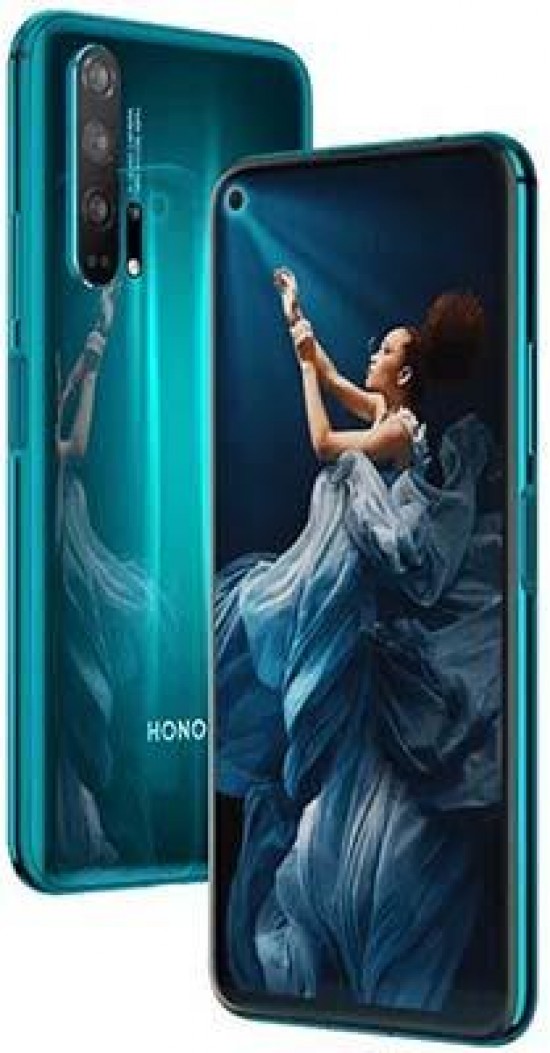 [London, May 21, 2019] Global smartphone brand HONOR has today officially launched its HONOR 20 series: HONOR 20 LITE, HONOR 20 and HONOR 20 PRO. This masterpiece collection testifies to not only the excellence of HONOR’s N-Series, which is lauded for superior design and photography capability, but also the brand’s commitment to the youthful aesthetics and unmatched capabilities.

As well as launching the new 20 Series, HONOR has also announced a partnership with international football star Dele Alli, who joins HONOR as its UK Brand Ambassador. Both Dele and HONOR are young players in their respective fields but display finesse and drive beyond their years thanks to their ability to put in hard work and determination.

“At HONOR, we follow the ethos “Always Better” in everything we do,” said George Zhao, President of HONOR. “HONOR’s renowned N-Series welcomes the latest member of the family, the HONOR 20 Series, and invites users to ‘Capture Wonder’ with a professional-grade camera and the wondrous Dynamic Holographic design. This design cements our leadership in smartphone craftsmanship, which is firmly rooted in HONOR’s principal approach to light play. We welcome users around the world to witness the wonder of HONOR 20 Series on our official website via www.hihonor.com.”

The HONOR 20 LITE is now available in the UK for £249.99 at Carphone Warehouse, Amazon, Argos, John Lewis and Very. The HONOR 20 can be pre-ordered now for £399.99 at Carphone Warehouse, O2, Three, Amazon and Argos with a free HONOR Watch Magic, normally priced at £179.99, and will be available soon. More information on the launch of HONOR 20 PRO will be released in the near future.

The HONOR 20 Series also sends shockwaves across the industry with the innovation of AIS Super Night mode and the industry’s largest F1.4 aperture. Powered by the AI multi-frame stabilization technology and an enhanced algorithm, the mode creates ultra-clear night shots with heightened brightness, lower noise, and better colour preservation. With more light passing through the lens thanks to the F1.4 aperture, users can record their magic moments in great details even in dimly-lit scenarios.

The 48MP AI Quad Camera enables users to capture photos with extreme clarity during the day, especially with the AI Ultra Clarity mode. In this mode, the Dual-NPU and the Dual-ISP of the 7nm Kirin 980 AI chipset collate the best details from multiple photos into one “Super 48MP Photo” with a quality surpassing normal 48MP pictures, and vivid details and colours. With the 16MP Super Wide Angle Camera, users can capture more with an extensive 117° viewing angle. Meanwhile the Optical Image Stabilization (OIS) prompts the tiny gyro-sensors to quickly shift pieces of the lens glass to the off-set motion before the image is converted into a digital format, creating a sharper image even with shaky hands.

Finally, the 2MP Macro lens can give users a creative edge by offering new perspectives that the naked eye would never be able to see. It allows users to capture incredible details as close as 4cm, ideal for photographers who enjoy shooting flora and fauna. Similarly, the ability to zoom in on a subject at 3X lossless optical zoom, 5X hybrid zoom and 30X digital zoom means that users can shoot minute details - a useful feature for nature-loving photographers who are looking to photograph elusive wildlife, or street photographers who portray the hassle and bustle of city life.

The HONOR 20 Series redefine the user experience by becoming the first product in HONOR’s history to introduce a multi-dimensional, Dynamic Holographic glass back. Meticulously crafted through HONOR’s industry-first Triple 3D Mesh technology, the two-stage process first create a depth layer using nanotechnology to engrave millions of miniature prisms. Upon completion of this intricate process, the engineers continue with the assembly of glass, color, and depth layers. As light passes through the prisms in the depth layer, light is reflected and refracted in all directions.

Coated in either Phantom Black or Phantom Blue for HONOR 20 PRO, and Midnight Black or Sapphire Blue for HONOR 20, the color layer is combined with the glass and depth layer in a vacuum environment under the precise control of temperature and pressure. The outcome is a depth-inducing optical effect that makes the HONOR 20 Series stand out from its predecessors. Due to the complex process, for every 100 back covers, only 20 meet the stringent standards. Meanwhile the HONOR 20 LITE features a bold, avant-garde gradient design available in two beautiful finishes –Phantom Blue and Midnight Black - engineered by HONOR’s highest level of craftsmanship and sophisticated 3D photolithography technology.

The Wonder of an All-Round User Experience

HONOR’s “Always Better” ethos drives the brand to go beyond the textural and colour design of the Dynamic Holographic glass back. HONOR 20 and 20 PRO boasts a 6.26" all-view display with a 91.7% screen-to-body ratio. With a 4.5mm in-screen camera, the all-view display allows an even more enthralling visual experience without compromising on aesthetics.

The fingerprint sensor on the right side of its aluminium frame has been positioned to complement the natural placement of fingers when one picks up a phone. The asymmetrical “L-shaped” positioning of the four camera lenses allows for a 4,000 mAhiii battery that can support a full-day uninterrupted use. Meanwhile, the HONOR 20 Pro adopts a Graphene cooling sheet technology, a new thermal solution that can efficiently dissipate heat and thus maintaining the optimal performance.

In terms of mobile gaming, the HONOR 20 Series is equipped with the industry-leading GPU Turbo 3.0 – a feature that boosts the device’s gaming capabilities by offering users an enhanced visual and tactile experience. Backed by consumer demands, HONOR 20 Series has teamed up with approximately 25 most sought-after mobile games right now including Fortnite, PUBG Mobile, and Arena of Valor.

Apart from the viewing and gaming experiences, users can indulge in an immersive audio experience through the Virtual 9.1 Surround Sound feature powered by Histen 6.0. This is the first time that this cutting-edge technology is applied to smartphones. The Virtual 9.1 surround sound supports all types of wired and wireless earphones and packs an in-built dual microphone with noise reduction – a system tailored according to the specific needs of technophiles and audiophiles.a